Originally released on Conifer in 1991, Sir Andrzej Panufnik's authoritative readings of his Symphony No. 9, "Sinfonia della Speranza" (1986-1990) and his Piano Concerto (1962, revised 1982) have been reissued here in RCA's Catalyst line. Panufnik's direct rhetoric and transparent formal designs make his works reasonably intelligible to the average listener, though in no way are they compromised or watered-down for accessibility. The Symphony is undeniably modernist in its dissonances, sharp rhythms, and frequently gritty orchestration, yet Panufnik provides sufficient room for his ideas to be absorbed, and develops them in a straightforward manner. The only difficulty lies in his over-reliance on slow, elegiac music to carry the work's argument; the fast sections are brief interruptions in one long, brooding Adagio, and seem to illustrate yet again modernists' problem of writing truly symphonic Allegros. Panufnik's Piano Concerto moves much more expediently in the Entrata and the final Presto molto agitato, yet the dominant movement is the laconic Larghetto molto tranquillo, which drags the work down through extremely soft dynamics and excessively drawn out lines. Pianist Ewa Poblocka and the London Symphony Orchestra are quite vivid in the outer movements, but there is little they can do to sustain interest in the moribund middle movement. Conifer's sound quality is fine, though unremastered. 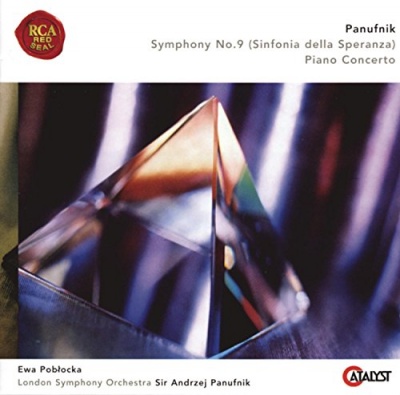