After years of reigning the rock scene in their homeland, New Zealand's Shihad were ready to try their hand in America. In the studio on September 11, 2001, the band nearly called it quits and headed for home. With a name slightly similar to "jihad," the Arab word of "holy war," the quartet figured the deck was stacked against them. Instead, re-christened Pacifier, the group poured itself into the sessions with renewed commitment. The resulting self-titled album is not so much a good band reinventing itself (being that their sound didn't alter that much), but a band finding a new enthusiasm for their own music. The first single, "Bullitproof," on the surface declares this new enthusiasm. It earned heavy rotation on MTV2 soon after its release. Though their nu-metal/hard rock sound is nothing that hasn't been done (maybe even done to death) in the last few years, the obvious amount of live energy translated to tape adds convincing weight. Add that to a rare melodic flair among hard rock bands: more radio-friendly tracks like "Walls" and "Trademark" display definite crossover potential. 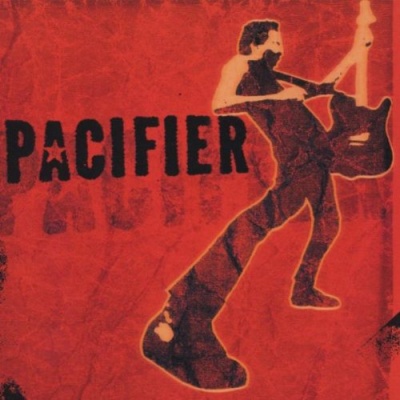