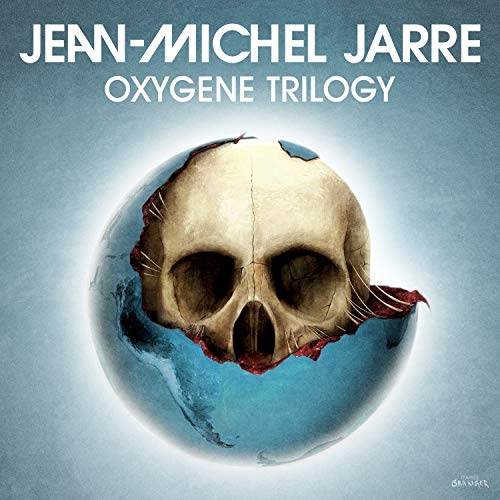 French electronic music innovator Jean Michel Jarre has revisited his signature work Oxygène numerous times throughout his career, through concerts, remixes, the 1997 sequel Oxygène 7-13, and a new master recording in 2007. A third volume was released in 2016, completing a 40-year trilogy, and all three albums were released as a box set. Taken as a whole, the project shows a remarkable consistency, exploring similar moods and themes even as technology drastically changes throughout the decades. The original Oxygène, of course, is the standard, and easily one of Jarre's best (which is not to discredit other spectacular albums such as Equinoxe). Playful, meditative, and slightly eerie, it's still a masterpiece. The second part, which is now renamed Oxygène 2, holds up surprisingly well. Using much of the same equipment, Jarre created another dazzling soundscape in the same style as the original. While this album is generally more uptempo, and there happens to be an increased presence of arpeggios common to trance music (which wouldn't have existed without the work of Jarre and his peers), it still seems like he was exploring his own mind rather than just trying to chase whatever was trendy at the time. Oxygène 3 has its trance-like moments but keeps with the spirit of the original (probably even more so than the second volume). It's rich and adventurous but it never goes over the top, which is a relief. All three albums are worthy on their own, but the entire trilogy is a fascinating multi-generational journey.