Precisely when they needed to reach down their own throats and pull out some high-energy guts and glory, Faithless returned to offer one more sham: trance comedown into meaningless muttering and patented plasticine R&B. Thing is, while there's something to be said about understatement, Rollo and Sister Bliss -- being Rollo and Sister Bliss -- seem perennially preoccupied with chasing the tail of clubland zeitgeist, lacking ingenuity to recapture either their "Insomnia" or "God Is a DJ" ethereal highs, to ever get their heads around such a concept. Outrospective is a veritable cesspit of introspection, happy to dish out varying MOR versions of Angelo Badalamenti's oeuvre, and gawk at the way sagging comeback singles like "We Come 1" flatline the whimsy of Underworld's "Oich Oich" with an utter lack of abandon. 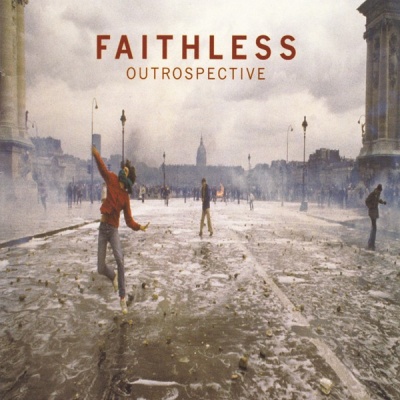