This Sony UK entry in the Original Albums Classics series contains five Boz Scaggs recordings; one of which is a true classic, two more which should be, and two more middling albums. These are the remastered versions of these recordings. The inarguable standout in the pack is the legendary Silk Degrees album from 1976, which includes, as bonus cuts, three live versions of tunes on the album’s track list: “What Can I Say,” It’s Over,” and “Jump Street.” Two very important recordings in Scaggs’ catalog that are included here both preceded Silk Degrees: Moments, issued in 1971, reveals (whether he admits it or not) Van Morrison’s influence on the singer and songwriter. Here, Scaggs is moving more directly into blue-eyed soul as evidenced by the stellar title cut, “We Were Always Sweethearts,” and “Near You.” Slow Dancer, issued in 1975, immediately preceded Silk Degrees and finds Scaggs digging deeper into the blue-eyed soul vein while actively seeking a bigger, more polished, and richer palette of sounds in his production. The tunes here somehow bridge the gap between the rootsier and grittier Morrison and the theatrical, sultry, groove master Isaac Hayes. Stand-out tracks include “You Make It So Hard (To Say No),” the title cut, and a killer cover of Allen Toussaint's “Hercules.” The two albums issued after Silk Degrees, 1977’s Down Two Then Left, and 1979’s Middle Man (his last album for eight years), are slick disco and post-disco soul workouts with some rock tinges. While they are less successful than their monumental predecessor, they still contain more than their share of fine tunes, and as albums, are better appreciated in the 21st century than they were in the 20th. Stand-out tracks include “Still Fallin’ for You,“ "Hollywood,” and “1993” on the former, and “Jojo” and “Breakdown Dead Ahead” on the latter. In all, this Boz Scaggs entry in the Original Album Classics series is a fine value. 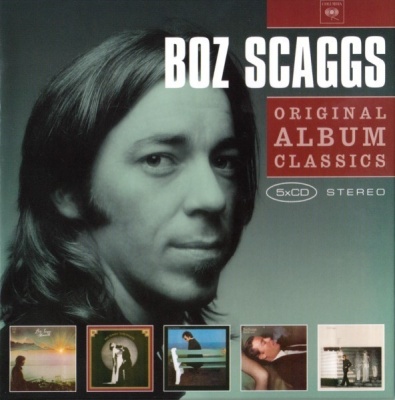