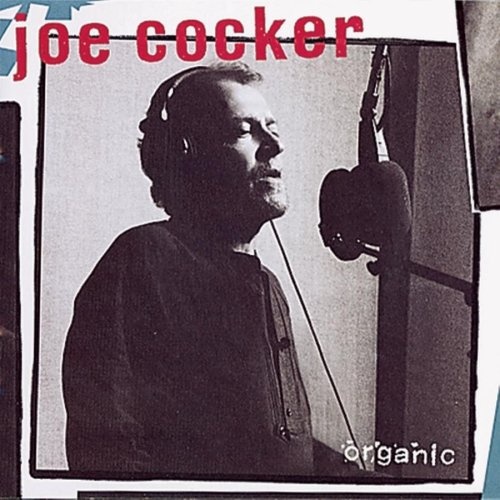 Following the disastrous failure of his 550 Music debut, Have a Little Faith, Joe Cocker tried what must have seemed like a couple of surefire commercial ideas: first, hire Don Was, who has made a career out of organizing salvage operations on stars of the '60s and '70s, as producer; and second, do an "unplugged" session, albeit under another name. Thus, Organic found Cocker revisiting his interpretations of such songs as "Delta Lady" and "You Are So Beautiful" in more stripped-down arrangements. The remakes made up about half the album, with another quarter consisting of previously uncovered covers like Van Morrison's "Into the Mystic" and Randy Newman's "Sail Away," and another quarter given over to new songs. The old favorites were not given interesting enough re-imaginings to justify the effort; the new songs added nothing to Cocker's repertoire, and the new covers were problematic. You wondered why Cocker had neglected to sing Morrison's material until you heard "Into the Mystic" and realized the reason probably was that Morrison is so much better a singer with a similar style. And Cocker, who is more an emotional singer than an intellectual one, typically sang "Sail Away" without a trace of the irony that gives the song its meaning. So, while Organic was certainly a listenable Cocker album containing many songs associated with him over the years, it failed to redefine the artist in the way it seemed intended to do. And it became his second straight album to miss the charts, which boded ill for his recording career, at least on a major label.