Take the title of Goldfinger's fourth album to heart -- it's an order, a demand to their audience to wake up, take stock, and start again. Even with titles like "Spank Bank," there's very little jocularity here. No silly covers, few jokes, not much ska -- just a lot of anger, lots of hard-driving guitars, pummeling drums, snarled vocals. There's a lot of loss here -- a lot of songs about failed long-term relationships (remembering what it was like in 1993), lots of regrets, admissions that things went wrong (perhaps because the narrator did things wrong), and an attempt to patch things up with an estranged dad. Sometimes the hard rock falls a little flat, but not often. This is the toughest Goldfinger has ever been, and the most thought-provoking -- even the joke, "FTN" (stands for "F*ck Ted Nugent," btw), bristles with anger. Not as catchy as their debut, not as fun, but a worthy bid for credibility that will take longtime fans and less-interested parties by surprise. 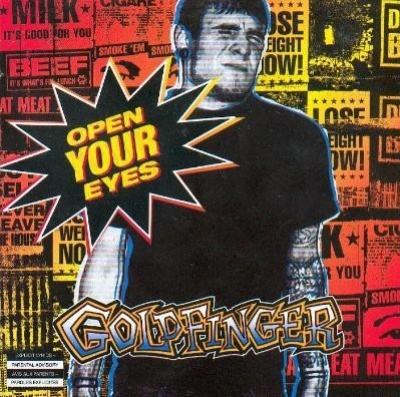