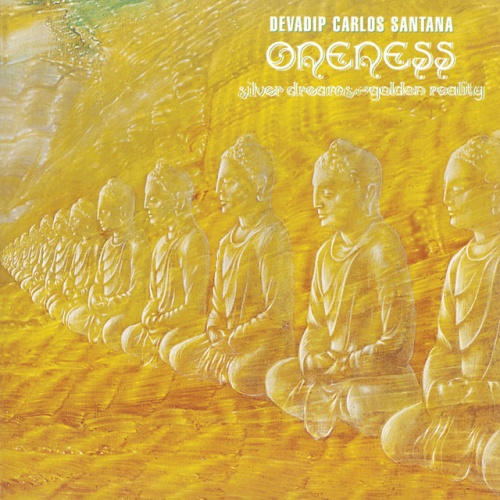 This is the first Carlos Santana solo album. It features members of the Santana band as backup, however, so the difference between a group effort and a solo work seems to be primarily in the musical approach, which is more esoteric, and more varied than on a regular band album. The record is mostly instrumental and given over largely to contemplative ballads, although there is also, for example, in the song "Silver Dreams Golden Smiles," a traditional pop ballad sung by Saunders King.