Anyone listening to this album for the first time would be forgiven for doing a double-take and checking the cover art to make sure they had indeed purchased Paradise Lost's One Second instead of a Depeche Mode record. This 1997 release displays an astounding sonic evolution when compared to the group's previous release, 1995's Draconian Times, and nothing remains of their early death/doom metal origins. Singer Nick Holmes has permanently retired his once-trademark growl, and the guitars, though still dominant, make room for ambient keyboard melodies as well as the occasional drum machine. "Say Just Words" alternates hypnotic guitar-chugging with a memorable chorus, while "Soul Courageous" would fit in perfectly on any Sisters of Mercy record. "Blood of Another" and "Mercy" are other bright spots, and though fans of early Paradise Lost should approach with caution, there's no denying the quality of this radical but impressive departure. 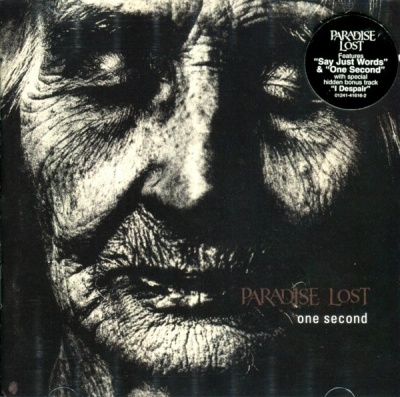