One Nation Under Review

An album based on a theme of "reaching out to people," according to lead singer Jett, From Zero's debut is an aggressive brand of hard rock that melds melody with hardcore thrash metal, grunge, industrial, grindcore, and rap. With a two-guitar onslaught at the forefront, pumping out bottom-heavy pentatonic riffs that are underpinned with a relentless polyrhythmic drum attack, as well as Jett's crystal clear baritone, this Chicago-based ensemble packs an aural wallop that is augmented by producer/engineer David Bianco's lucid mix, which captures every sonic nuance. Lyrically, this is an angry mob, as evidenced by diatribes detailing alienation ("Tomorrow's Light"), rejection ("Suffering"), and loss ("Gone"). However, From Zero does carry a message of hope throughout, as each song portrays the victim of some unfortunate circumstance, be it the result of social pressure or bad personal relationships, as having the strength to overcome adversity and achieve spiritual redemption. On occasion, Jett's primal screaming conjures images of the late great heavy metal comedian Sam Kinison on one of his legendary tirades, especially in "Jeer," but the band's youthful exuberance and positive vibrations accord them an artistic edge and a unique persona in a genre that is saddled with copycat outfits. 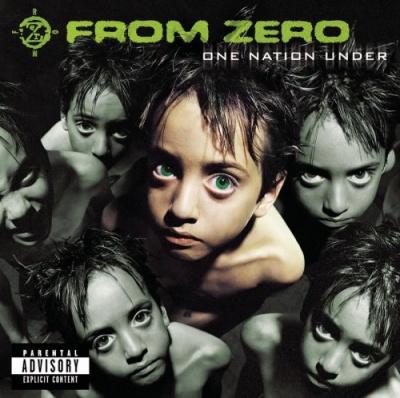 One Nation Under Album Information