One by One Review

One by One is the most accomplished album Foo Fighters have made, which isn't necessarily the same as the best. Picking up the clean, focused sound and attitude of There Is Nothing Left to Lose, One by One is gleaming hard rock: it may have a shiny production, but hits hard in its rhythm and its impeccably distorted guitars. Dave Grohl's songs often express (or at least suggest) tortured emotions in their lyrics, but the album doesn't hit at a gut-level; it's too polished for that. It's not a bad thing, since the band is damn good and the production is more focused than any of the Foos' previous albums. The problem is, Grohl's songwriting has slipped slightly. It's still sturdy and melodic, yet not as immediate or memorable. Nothing is as majestic as "Learn To Fly," haunting as "Everlong," gut-crunching as "Monkey Wrench," or even as boneheadedly irresistible as their contribution to the Orange County soundtrack, "The One". Instead, it all fits together and sounds good as a piece, without offering individual moments to savor. Not the worst tradeoff, of course, but it's hard not to wish that the songs stuck in your head the way they used to, even if the album is still enjoyable as a whole. 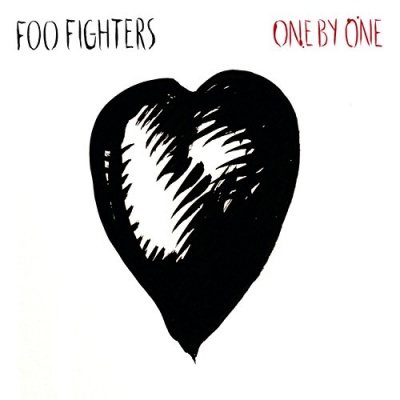 One by One Album Information