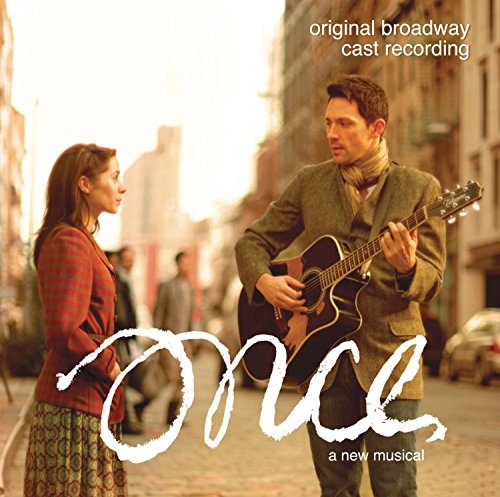 John Tiffany and Enda Walsh's adaptation of naturalistic Irish musical drama Once was so well received that it transferred from the small New York Theatre Workshop to the Broadway stage within months of opening at the end of 2011. Remaining faithful to the Frames' Glen Hansard and Czech singer Markéta Irglová's beautifully crafted songs, this official soundtrack of the new production shows why it's gaining similar critical acclaim as the 2007 original. Understandably, there are still several differences between the two. Bookended by two new instrumentals ("The North Strand," "It Cannot Be About That") that incorporate the most memorable melodies from the show, its 16 tracks include two new songs, an ensemble rendition of traditional Czech folk standard "Ej Padá, Padá Rosicka" and a pirate-style sea shanty ("Abandoned in Bandon"), two a cappella renditions of its signature numbers, and three contributions from Hansard and Irglová's the Swell Season's self-titled debut, while five songs from the Oscar-nominated score are omitted, including the title track, "Fallen for the Sky," and "Trying to Pull Myself Away." But although the slightly polished vocals from Steve Kazee (The Guy) and Cristin Milioti (The Girl) lack the rawness that made the film's bittersweet tale of a busker and immigrant flower-seller's relationship so real, they still possess a tenderness and restraint that ensures the achingly heartfelt songs never become theatrical show-stoppers. Indeed, the gorgeously melancholic Oscar-winning "Falling Slowly," the emotionally stirring harmonies of "When Your Mind's Made Up," and the delicate banshee balladry of "The Hill" are just as poignant as their more familiar versions, while the 13-strong cast's live instrumentation lends an authenticity and sense of musicianship that many feared the translation would sorely lack. Different enough from the movie soundtrack, but still wholly respectful, Once is a rare Broadway effort that can be enjoyed by both fans and detractors of musical theater.