With his shirt-ripping performances, funky dance moves, and cheeky chappy stage presence, 2009 X-Factor finalist Olly Murs seemed destined to become the talent contest's answer to Robbie Williams. Indeed, the Essex-born singer even performed a duet with the Take That star on a rendition of "Angels" in last year's final, where he eventually finished runner-up to the clean-cut Joe McElderry. But, judging by its first two singles, Murs' eponymous debut album seems to have taken the lead from Scottish troubadour Paolo Nutini's unexpected reggae-influenced career reinvention, rather than the adult-oriented pop/rock of his self-confessed idol. It's a move that pays dividends on the chart-topper "Please Don't Let Me Go," whose scratched vinyl intro, retro-style piano, and laid-back beats provide one of the most charming and effortlessly catchy pop singles of the year. But less so on follow-up "Thinking of Me," whose childlike lyrics ("Remember when that crab came up and pinched your feet?") and rather cynical name-checking of Bob Marley recall Pato Banton and UB40's cod-reggae '90s number one, "Baby Come Back." However, apart from the jaunty "Accidental," the majority of the album falls into the same kind of acoustic pop category reminiscent of the first two albums from former Pop Idol Will Young, who Murs sounds uncannily like on the epic closing track, "A Million More Years." Produced by Steve Robson (Take That) and Future Cut (Lily Allen), it's a surprisingly mature affair that showcases both Murs' impressively soulful vocals and songwriting abilities, having co-penned all but two of the 12 tracks with the likes of Squeeze's Chris Difford (the Craig David-esque "Ask Me to Stay"), Ordinary Boys frontman Sam Preston (the '80s-inspired "Don't Say Goodbye"), and Orson's Jason Pebworth (the ska-fused "Love Shine Down"). Elsewhere, "Change Is Gonna Come" is a rousing gospel-led opener with shades of Primal Scream's classic "Movin' on Up" and "I Blame Hollywood" is the kind of uplifting MOR that wouldn't sound out of place on the current Michael Bublé album, while "Heart on My Sleeve" is a faithful rendition of American Idol finalist Michael Johns' heartfelt soft rock ballad. Like JLS, G4, and Rhydian before him, Olly Murs proves that finishing second can sometimes be a blessing in disguise, and while McElderry has struggled to make the crossover to chart success, this accomplished and self-assured effort should ensure that Murs will have no such problem. 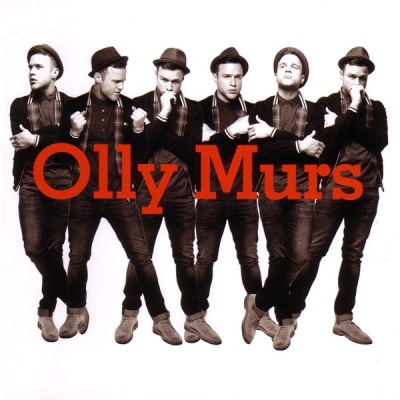