Academy award-winning composer Rachel Portman (Emma, Chocolat, Cider House Rules) paints Roman Polanski's vision of Charles Dickens' beloved tale of Oliver Twist with such wide pastoral strokes of melody that she may as well be scoring the entire English countryside. Like Thomas Newman without all of those pesky atonal sevenths, Portman gives 19th century London an instantly engaging sense of place. Utilizing a main cue that sounds like a combination of Ennio Morricone's "Ecstasy of Gold" and "When Johnny Comes Marching Home" filtered through "Eleanor Rigby" -- it's not as cool as it sounds, but it is awfully beautiful -- Portman's character motifs, especially "The Artful Dodger," who is all harp and woodwinds, fit like a glove. Much has been said of the irony of Polanski making a "family film," and that his take on Twist is surprisingly tame and traditional, but both he and Portman are so on the same page emotionally that it's impossible to walk away uninspired. 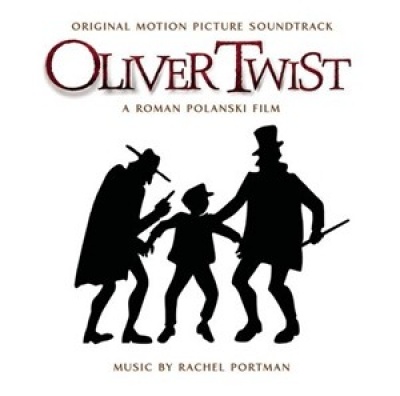