A perfect single-disc anthology of a band with what seemed like unlimited potential, but in reality limited output and few quality studio recordings that accurately reflected its combined musicianship. Like its musical cousins, Blood, Sweat & Tears, Electric Flag was one of the first bands to combine rock with big-band jazz swagger. This concept and the fact that Electric Flag contained Michael Bloomfield on electric guitar was reason enough for the band to be one of the most anticipated aggregations of the era. Yet many of the recordings show off the band's limitations like a sore thumb. A certain over-baked production and arrangement feel permeates many of the fine songs from the band's debut (A Long Time Comin', included in its entirety), such as " Groovin' Is Easy" and "She Should Have Just," rendering it somewhat top-heavy. Yet, despite these moments of excess, the band could also perform modern blues-rock like no other and, for these tracks alone, Old Glory is worth purchasing. "Texas" and "Goin' Down Slow" (an outtake from the first album sessions) combine the group's real strengths with a supple energy that is positively beguiling. Between Buddy Miles' drumming and vocals, Bloomfield's unparalleled skill on electric guitar, Barry Goldberg's keyboards, and Nick Gravenites' songwriting and vocals lay true magic. The fact that these moments are few and far between can make the disc a bit frustrating but, when the listener gets into cuts such as the aforementioned "Texas" and "You Don't Realize," it's well worth the wait. The five songs from the post-Bloomfield version of the group are nearly disposable, but a pair of earlier, live cuts from the band's debut at the Monterey Pop Festival (with Bloomfield) save the end of the collection. Although Electric Flag was troubled, chaotic, and disorganized, Old Glory proves that the band was important and had positively sterling moments, despite its foibles. 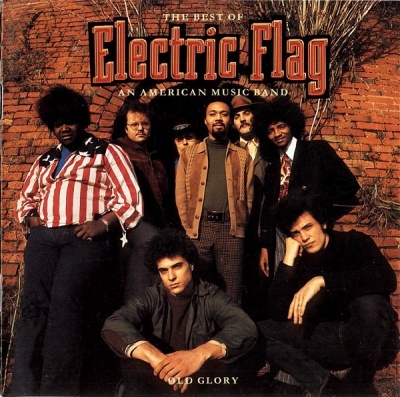