Oh Mercy was hailed as a comeback, not just because it had songs noticeably more meaningful than anything Bob Dylan had recently released, but because Daniel Lanois' production gave it cohesion. There was cohesion on Empire Burlesque, of course, but that cohesion was a little too slick, a little too commercial, whereas this record was filled with atmospheric, hazy production -- a sound as arty as most assumed the songs to be. And Dylan followed suit, giving Lanois significant songs -- palpably social works, love songs, and poems -- that seemed to connect with his past. And, at the time, this production made it seem like the equivalent of his '60s records, meaning that its artiness was cutting edge, not portentous. Over the years, Oh Mercy hasn't aged particularly well, seeming as self-conscious as such other gauzy Lanois productions as So and The Joshua Tree, even though it makes more sense than the ersatz pizzazz of Burlesque. Still, the songs make Oh Mercy noteworthy; they find Dylan quietly raging against the materialism of President Reagan and accepting maturity, albeit with a slight reluctance. So, Oh Mercy is finally more interesting for what it tries to achieve than for what it actually does achieve. At its best, this is a collection of small, shining moments, with the best songs shining brighter than their production or the album's overall effect. 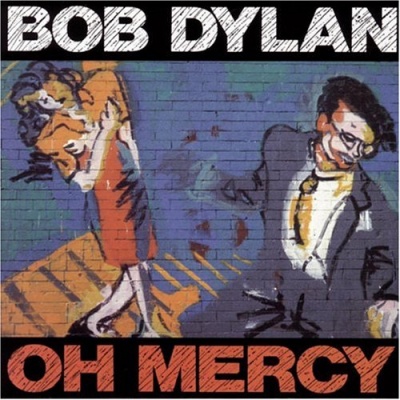