There's a definite '80s hangover to O Canto Da Cidade. In part it's due to the arrangements, which lean heavily on synthesizer tones that dated very quickly and drum machines that simply weren't the best. But much of the fault must lie with the songs, which are run-of-the-mill MPB (Brazilian popular music). In fact, only "O Mais Belo Dos Belos" really takes on any special flavor, with its juttering percussion -- and notable lack of synth. Unlike most Brazilian music, there's very little sophistication here -- the changes telegraph themselves, and the chorus lack the oomph of Mercury's best work. It's hard to get worked up about a record whose instrumental tracks sound like rejects by Naked Eyes and other electro-pop acts, and at times Mercury herself sounds on automatic pilot -- and who can blame her? Really, this is an album that does her few favors. Her voice stands head and shoulders above the material, and the duet with Herbert Vianna on "So Pra Te Mostrar" shows just how good she can be, running vocal rings around her partner. But when everything's so pedestrian, her chances to shine are few and far between. For completists only. 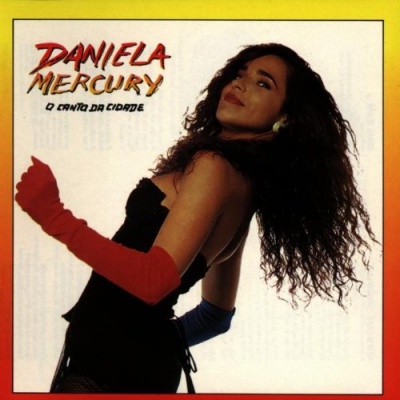