The Now series generally is what it is, for better or for worse; as a collection of popular tunes with no illusion of pretense, it serves a purpose as a snapshot of the popular music of its time, offering radio listeners their favorite songs for a reasonable price. However, Now That's What I Call Club Hits is a bit of a different beast -- while it contains practically every major jam of 2009, there's more of an adventurous feel, as it collects some of the best remixes of these familiar tracks. For those not averse to pulsating dance beats, this could be a bit of an odd treat, as many of the reinventions improve upon the originals. David Guetta works wonders with the Black Eyed Peas' "Boom Boom Pow," making the way overplayed novelty smash sound new (and even uncovering an interesting song amidst the nonsense). Guetta's power-piano-pop-tweaking original "When Love Takes Over" shines in its own right. Crookers' re-imagining of Kid Cudi's "Day 'n' Nite" was actually the twist that propelled the somewhat obscure Detroit MC's otherworldly single into breakthrough smash territory. Then there are some uninspired mixes, as with Chriss Ortega's drably blippy house backdrop to Kelly Clarkson's "My Life Would Suck Without You." However, as either a quick-fix party mix or an intro to club life, this installment of Now does its workmanlike job. 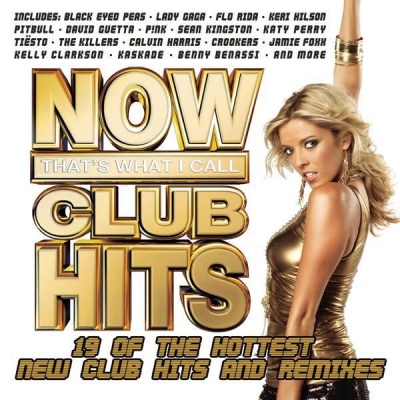