Now Is the Hour Review

Challenging Kate Bush and Guns N' Roses for the title of "lengthiest gap between albums," Now Is the Hour is the first offering from American powerhouse Jennifer Rush since 1998's collaboration with the Hungarian Philharmonic Orchestra, Classics, and her first set of new material since 1997's Credo. Having taken 12 years off to raise her daughter, Rush has assembled a crack team of established European-based hitmakers including Swede Jörgen Eloffson (Leona Lewis, Britney Spears), American country singer/songwriter Sharon Vaughn (Alcazar), and soul-pop songstress Natasha Bedingfield on a record that retains the epic power balladry of her mid-'80s heyday while also pursuing a previously unexplored dance-pop direction similar to Cher's fifty-something disco diva re-invention a decade earlier. Produced by Valicon, the Berlin-based team behind Germany's 2010 Eurovision win, the majority of its 15 tracks do sound as though they've been tailor-made for the much-derided singing competition, with both potential winners such as the hook-laden schlager-inspired "Down on My Knees," the Middle-Eastern-flavored "Betcha Never," and the theatrical pop/rock of "Eyes of a Woman" and possible nul points entries like the corny overblown balladry of "I Never Asked for an Angel," the faux-inspirational key changes of the title track, and the plodding gospel-tinged "Ain't Loved You Long Enough." However, there are several songs that would also translate outside the confines of the contest, such as the opening number "Dream Awake," which borrows the lush piano riffs of Coldplay's "Clocks" and the twinkling percussion of Britney Spears' "Gimme More" to produce a bittersweet slice of shimmering synth pop, the Kylie-esque glittery disco of "Just This Way," and the clattering Ryan Tedder-inspired piano-led epic "Head Above Water." But for an artist so synonymous with the impassioned big-voiced vocal ballad, it's a surprise that she comes unstuck when attempting to tread the path of her signature hit, "The Power of Love," as the likes of "Before the Dawn," "Windows," and "Still" may provide the chance to showcase her impressive and slightly operatic tones, but they are so utterly unmemorable that you wish she'd had the confidence to just stick with her newfound uptempo leanings instead. Now Is the Hour might not exactly be worth a 12-year wait, but take away the perfunctory torch songs and it is a respectable comeback that suggests her one-hit wonder status is a rather unjust state of affairs. 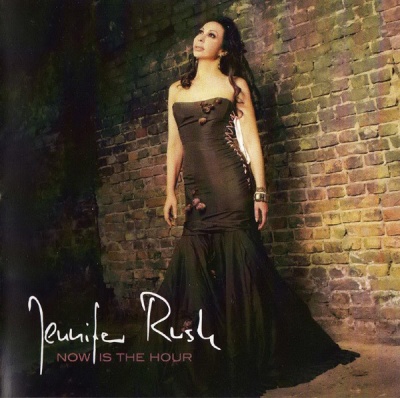 Now Is the Hour Album Information