Nothing But a Burning Light Review

Nothing but a Burning Light, Bruce Cockburn's first release for Columbia, teams him with producer T-Bone Burnett, whose singer/songwriter background, and spiritual leanings, seemed to be a perfect match. Throughout, Burnett's production is understated, allowing Cockburn's voice, guitar, and songs to lead the way over a solid foundation of bass, drums, and tasteful organ by Booker T. Jones. This sort of sympathetic production brings out the best in Cockburn and his material, which is consistently strong. Songs such as "Kit Carson," "Mighty Trucks of Midnight," and "Indian Wars" continue the weightier concerns of his work of the past decade, but the majority of the record takes on a more personal, introspective tone. "One of the Best Ones" and "Great Big Love" are winning affirmations of love and life, while the retelling of the nativity, "Cry of a Tiny Babe," is as beautiful and moving a contemporary Christmas song as you're likely to hear. Cockburn also decides to include a rare cover, his excellent reading of the Blind Willie Johnson gospel-blues "Soul of a Man," which fits nicely in the whole of the album. Though it may lack the immediate power, Nothing but a Burning Light is Bruce Cockburn's best since his 1984 release Stealing Fire. Jackson Browne and Sam Phillips guest on backing vocals. 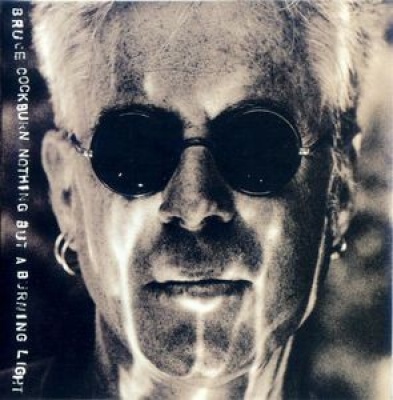 Nothing But a Burning Light Album Information