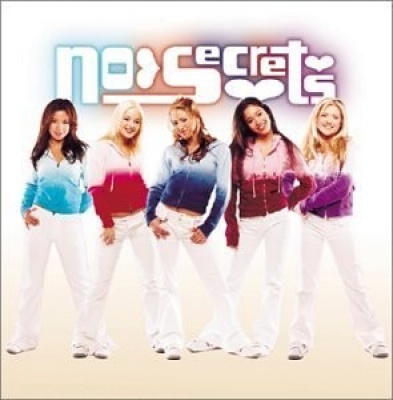 The collective voices of No Secrets drift blandly over the burbling beats and synth twitters of their eponymous teen pop debut, making individual recognition impossible, and any momentum in the crowded teen pop sweepstakes unlikely. Opener "That's What Girls Do" is still sassy and fun, even if it does cram in every production cliché in the genre (the robot voice, mechanistic instrumental accompaniment, etc.). Likewise, the girls' cover of Kim Wilde's "Kids in America" (previously released as part of the Jimmy Neutron, Boy Genius soundtrack) is bubbly and bright and brash all at once -- just like the best summer days. But No Secrets can't sustain that energy over a full album, mostly because they waver confusedly between endorsing innocent fun and uplifting messages, and the more lascivious adult themes that teen pop too often tries to reference. "Hot"'s heavy breathing, "Holla!"s, and "You feel me?" shout-outs -- not to mention its product-placement references to J-Lo and *N Sync -- puts the quintet in the same weird world inhabited by platinum blonde boy-man Aaron Carter; in fact, it's a thematic cousin to Oh Aaron's ridiculous "Stride [Jump on the Fizzy]," which the No Secrets girls actually guested on. But the girls aren't strong enough as performers to pull off No Secrets' sultrier material, and the production is a weak reconstitution of what's already been done. These shortcomings render stuff like "Hot" and "On the Floor" forgettable, and "Here I Am"'s message of empowerment believable, since it's in line with the affable sizzle of "That's What Girls Do," or even "I'll Remember You"'s by-the-numbers balladry. Nevertheless, even when the songs are suited to them, No Secrets' debut doesn't make much of a dent. That "It's Alright" is a pretty blatant rewrite of Des'ree's "You Gotta Be" is also a bit grating.