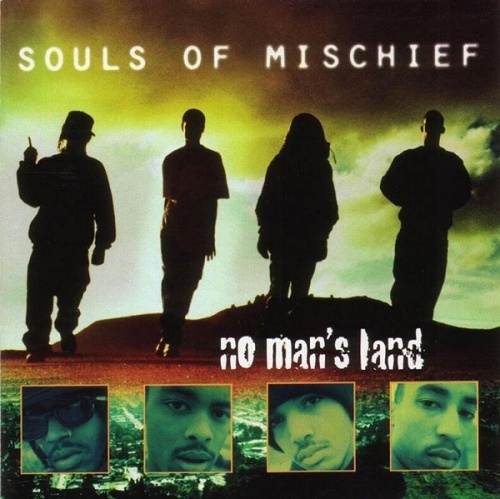 After the critical and underground success of the Souls of Mischief's debut, 93 'Til Infinity, expectations were high for the group's sophomore release. The release of No Man's Land in 1995 revealed a greatly changed Souls of Mischief, and fans and critics alike turned their backs on the group. Gone is the youthful giddiness of the debut; in its place is confrontation. Instead of detailing their youthful misadventures with drink and around the way girls, Souls of Mischief contemplate groupies, overzealous hip-hop heads, and success or the lack of it. No Man's Land is laced with touches of anger and bitterness. The change in production style is even more shocking than the change in attitude. The golden funk of 93 'Til Infinity has been replaced with muddier, harsher beats. While the complex layering of drum breaks and jazz samples is still there, the effect is one of paranoia rather than of wild extroversion. Once the surprise wears off, No Man's Land reveals itself to be a solid hip-hop album, despite the cool welcome it first received. While Souls of Mischief's second album is certainly a notch below 93 'Til Infinity, it deserves more attention and respect than it has been accorded.