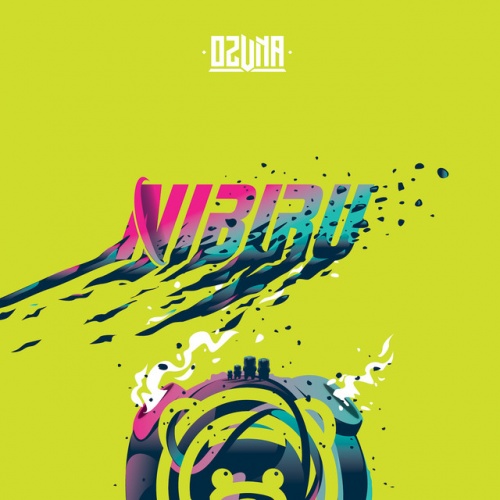 Announced as "coming soon" in November of 2018, and referred to that way for a solid year, Ozuna's Nibiru arrives exactly when it was supposed to. After all, 2019 was the year of Ozuna as the irrepressible reggaetonero earned four Guinness World Record titles, one for artist with the most videos to reach a billion views on YouTube (seven) among them. His pre-release single, "Baila Baila Baila," was nominated for a Latin Grammy as best urban song.

Ozuna has grown more ambitious with each of his three long-players. Nibiru, titled for the fictional Planet X, has a loose, sci-fi/futurist conceptual undercurrent running through its 18 tracks. The image is a metaphor for transition. While not everything here works, it all fits on a brave, confidently self-aware album that reaches toward the boundaries, where reggaeton and urban Latin music reaches a new plateau, yet retains all of the qualities that propelled him to this spot. Bad news first: the English-language collabs with Snoop Dog and Anuel AA ("Patek") and Diddy and DJ Snake ("Eres Top") don’t work as well as the other 16 jams. While the jazzy trap in the former is striking when combined with Ozuna's sweet tenor croon and Anuel's chant, Snoop's rap is so laidback it keeps the track on simmer. On the latter, DJ Snake's umpteenth reworking of "I Need a Girl, Pt. 2" falls flat -- Diddy's all-too-brief spot doesn’t help -- when compared to the imagination and ambition on the rest of the set. Other collaborations, such as "Temporal" featuring the warm sweet tenor of Willy Rodríguez from legendary Puerto Rican reggae band Cultura Profética, is one of the most striking tunes on the set. Likewise, "Reggaeton en Paris" with Nicky Jam and Dalex brings the trap beats and bass in a sultry steamy mix. Ozuna and Sech exchange souled-out verses on the bumping "Yo Tengo una Gata," a skittering dancefloor groover and "Hasta Que Salga el Sol," which was crafted for maximum club play. Swae Lee offers critical energy on the bilingual sturm und drang of "Sin Pensar," and sensual dembow riddims are the foundations for the sexy "Difícil Olvidar" and "Fantasía." Of course, this wouldn’t be an Ozuna set without ballads, and there are two excellent ones in "Pégate" and "Amor Genuino." The bottom line is that Nibiru succeeds because of Ozuna's ambition as a singer, writer, and producer. His guiding hand governed virtually every facet of the music-making process. When artists refuse to play it safe, things can get bumpy. While the two aforementioned missteps are just such moments, they're simply blips on the screen in a set this long. The rest of Nibiru (classified by its creator as an urbano album rather than a reggaeton entry) provides a visionary aural portrait of the places Ozuna has been, where he is now, and a glimpse of where he's headed. Nibiru is expansive to a fault, and that's not just a good thing, it's a great one.