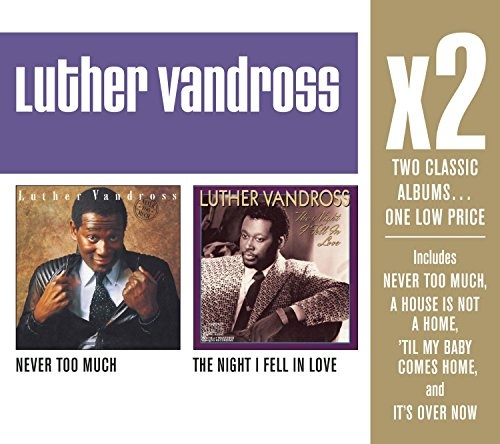 This Epic/Legacy release, part of the x2 series, combines two Luther Vandross albums, 1981's Never Too Much, and 1985's The Night I Fell in Love, both of which topped the R&B albums chart in the U.S. Between the two albums, which are presented exactly as they were initially released, a handful of Vandross' biggest hits are included, such as "Never Too Much" and "'Til My Baby Comes Home," not to mention the fan favorite "A House Is Not a Home." The discs are inside a basic cardboard slipcase.