It's been nearly five years since the Backstreet Boys have released a new album, but as the all-too-literal title of 2005's Never Gone makes clear, they don't want you to call their fourth LP a comeback -- in their mind, they've been here for years. That's not strictly true, since all five members have disappeared from the charts, if not the tabloid headlines, since their 2000 flop, Black & Blue. While fellow teen pop icons like Justin Timberlake and Christina Aguilera had successful transitions into adulthood, while Jessica Simpson turned reality TV star and Mandy Moore turned genuine actress (for pity's sake, we will ignore Britney Spears' horrifying descent into white trash abyss), Kevin Richardson, Howie Dorough, and Brian Littrell all faded away as A.J. McLean suffered a very public addiction to various substances. Nick Carter also suffered at the hands of the tabloids, in large part due to a very stormy relationship with Paris Hilton, but he also had the distinction of being the only Backstreet Boy to deliver a solo album -- Now or Never in 2002 -- which meant that he was the only BSB with an ignoble flop to his credit, as well. Now or Never had the distinction of being an old-school teen pop album being delivered too far after the craze. Carter's peers were changing their stripes, but he stuck to the tried and true BSB formula and was punished by the fickle public accordingly. Given that public humiliation, it shouldn't come as a surprise that Carter and the other Boys are wise enough to try something new on Never Gone: they've abandoned the teen pop of the late '90s for anthemic adult contemporary that sounds a bit like Bryan Adams circa 1990. It's not a reinvention as much as a lateral move, shifting from one kind of pop that's not selling to another that's not selling, but to their credit, Backstreet Boys acquit themselves reasonably well here. First of all, there's a bit of pleasure in hearing a group throw itself into the big, resolutely square sound of '90s adult contemporary, since nobody else is doing this sound in 2005, but also it fits the group well, particularly Carter, with his newly raspy lead vocals. Second, this is by and large a well-made record, with a handful of standout tracks, notably the first single "Incomplete," the John Ondrasik-written "Weird World," which is a lot more fun than any Five for Fighting tune, the Max Martin-helmed "Just Want You to Know," and "Lose It All," which bizarrely and appealingly sounds like an MOR version of an Oasis ballad. Although the rest of the record is essentially well-made filler, it does sound good; this is one time that a pop record benefits by having a different production team for nearly every one of the album's tracks, since the sound of each tune is just different enough to keep things interesting yet unified enough to make it pleasant background music. This is all enough to make Never Gone a solid adult contemporary album, which will please both BSB diehards and the dwindling ranks who wish that the glory days of Jon Secada never ended, but its relative strength does highlight one problem with the album: this kind of music doesn't sound quite as convincing when delivered by a group of guys as it does by one singer. If Never Gone had been released as Nick Carter's second solo album or A.J. McLean's first, it would have felt more genuine, since these (marginally) more mature songs of love and relationships would have more resonance sung by a solo singer instead of a pack of guys. But that's nitpicking, because even if it never sells as well as Millennium did at the turn of the century, Never Gone is at the very least a successful musical makeover from the onetime teen pop kings. [Never Gone was released in several editions, including a copy-protected CD that will not play on your computer without installing a separate media player, and a DualDisc, containing a CD on one side and a DVD on the other. The DualDisc has a 5.1 mix version of the album on the DVD side, along with the video for "Incomplete" as well as a brief documentary about the making of the video for "Incomplete." The CD side of the DualDisc may not register on some computers.] 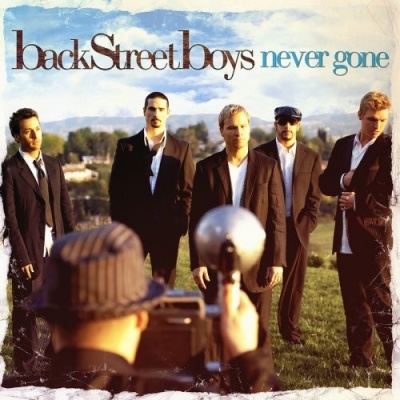