The first Nena album was released at the start of 1983 and became the dominant sensation of the West German music scene throughout the year. Starting with the 1982 breakthrough debut single "Nur Geträumt," Nena arrived at a very distinct period of German pop history, the period of the so-called Neue Deutsche Welle or NDW, the German new wave. However, by 1982 German new wave music had been watered down by various bandwagon jumpers who transformed the tension- and doom-laden atmosphere of the music of the original late-'70s new wave bands into upbeat synth pop with jokey, ironic, and even romantic lyrics. Nena was immediately pigeonholed as an NDW act, but she and her band were in fact a more unique proposition: a group of musicians with a strong intuitive grasp of both classic pop and rock formulas. All five members contributed to the songwriting, with Carlo Karges and Uwe Fahrenkrog-Petersen providing the essential core of the repertoire. They arrived on the scene with a fully formed, confident music vision of their very own. The sound of the Nena band had in fact nothing to do with the stripped-down structures typical of actual new wave music. Even the use of the then in-vogue synthesizer sound (acting as the leading instrumental sound throughout the album) was firmly incorporated into the general basic power pop-oriented drive of a classic hard rock lineup. The pristine production and the unique touch of a slight but characteristic early-'60s melodic pop influence (including leaning toward essentially romantic imagery in the lyrics) were one thing that made the music special. The other factor was Nena Kerner herself. Her vocal style, remarkably reminiscent of early-'60s Connie Francis, and the excitement generated by her personality -- by turns sweet or moody -- proved thoroughly captivating. However, she always insisted that she saw herself as a member of the band and not as their leader. The classic across-the-board appeal of the band's music led to such a level of success that it practically buried the whole NDW movement beneath it by 1985. The album is still regarded as an unsurpassed classic of German pop history, although most later Nena albums are not far behind in quality. The second single, "99 Luftballons" -- a fable of nuclear war brought about by a bunch of balloons in the sky being mistaken on radar for a pre-emptive missile attack -- went on to become a number one hit in the U.S. and worldwide in early 1984. 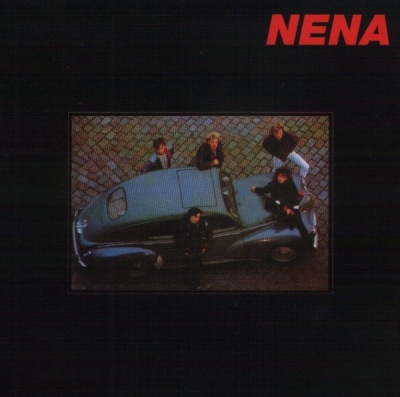