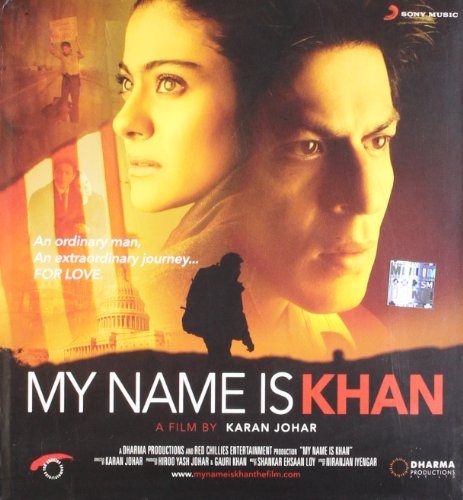 The American-set Bollywood movie My Name Is Khan did very well on its release, in part because of its story. But a vital component of any Bollywood movie is its soundtrack. This one starts of very strongly with Rahat Fateh Ali Khan (one of the successors to the late Nusrat Fateh Ali Khan) and "Sajdaa." From there it moves immediately into a much more Westernized mode, not just in the songwriting, but also in the arrangements. They lack all the playfulness and invention so typical of Bollywood, as on the straightforward "Noor E Khuda." There are a few pleasant moments on "Tere Naina," at least on the chorus, but the changes are very, very Western -- got to go after that broad demographic. It's Indian music lite, all very classy and polished but ultimately lacking in soul, which is one quality the film appears to possess. More than anything, the ten tracks here function as background music, since they're not especially arresting. Even the rock anthem "Rang De" is by the numbers, about as exciting as a Muzak version of the Rocky theme, while "Kal Ho Naa Ho" is boy band pop but without the boy band -- instantly forgettable.