My Love Is Your Love Review

For all intents and purposes, Whitney Houston retired from being a full-fledged recording artist after her third album, 1990s I'm Your Baby Tonight, choosing to be a Streisand-like celebrity who cultivated a career through movies, soundtrack contributions, and social appearances. She may have been content to continue in that direction for many years if Arista president Clive Davis didn't push her into recording My Love Is Your Love, her first album in eight years, which easily ranks among her best. Never before has Houston tried so many different sounds or tried so hard to be hip. It's one thing to work with Babyface, the standard-bearer of smooth soul in the '90s, but it's quite another to hire Wyclef Jean, Lauren Hill, Missy "Misdemeanor" Elliott, and Q-Tip -- all cutting-edge artists (albeit on the accessible side of the cutting edge), the kind who never would have been associated with Houston in the late '80s. The gambit works. There is still a fair share of David Foster-produced adult contemporary ballads, but the true news is on the up-tempo and mid-tempo dance numbers. In fact, the songs that feel the stiffest are the big production numbers; tellingly, they're the songs that are the most reminiscent of old-school Houston. That's not to say she can no longer belt out ballads convincingly -- in fact, the best ballads are where she restrains herself, delivering them with considerable nuance. Houston has never been quite so subtle before, nor has she ever shown this desire to branch out musically. That alone would be reason enough to rank My Love Is Your Love among her more interesting albums, but the fact that it works more often than not pushes it into the top rank of her recorded work. 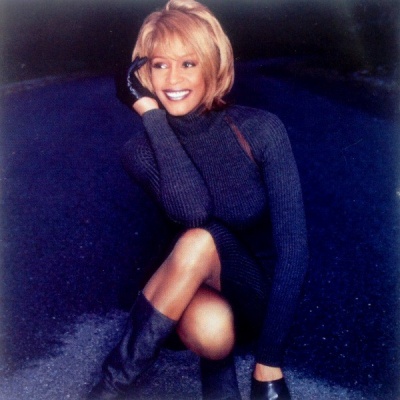 My Love Is Your Love Album Information