My Kind of Christmas Review

The second punch in a double whammy of stopgap releases in the fourth quarter of 2000, My Kind of Christmas appeared on the shelves two months after Mi Reflejo, Christina's Latin reworking of her debut album. My Kind of Christmas actually has more new material than Mi Reflejo, and Aguilera responds in kind, turning in passionate performances throughout the 11-song album. She can teeter on the edge of being too passionate, belting out when she should lay back, but the power of her voice, no matter how diva-esque she may be, remains remarkable; she needs to learn restraint, but she's clearly a better singer than her peers. Of course, My Kind of Christmas remains a holiday album, filled with covers of standards (from "Oh Holy Night" to "The Christmas Song" to "Merry Christmas, Baby") and a handful of obligatory new songs. None of the new songs are knockouts, but "Christmas Time" and "This Year" are pretty solid pieces of dance-pop, even if the marvelously titled "Xtina's Xmas" (easily the best name of any new holiday song of 2000) is a 90-second collage trifle that doesn't live up to its promise. But, hey -- filler is part of a holiday record, and there's actually not too much of it here. Instead, it's pretty tight, entertaining seasonal dance-pop. It may not add too much to Christina's catalog, but it does suggest that she may not be a mere one-album wonder. 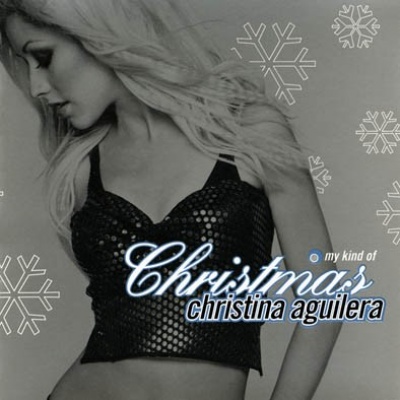 My Kind of Christmas Album Information