Like many an American Idol finalist before him, Danny Gokey reached the top three on the strength of his persona as much as his voice and, when faced with marketing him as a recording artist, the powers that be decided to position Gokey as a country singer under the assumption that his everyman charm would translate best in a down-home setting. Of course, Gokey isn’t really put in a down-home setting on My Best Days -- there might be an echo of a fiddle or a steel guitar here and there, but this is all pristine adult contemporary pop, all soft and glittering…all except for Gokey, that is, who pushes every line to the breaking point, reaching for his thin, soulful upper register, and hammering home every cliché his pro songwriters have to offer, which is quite a few. Songs about homeless women pushing shopping carts -- a curious obsession among recent Idol contenders -- songs about getting out of small towns, getting a little life on you, songs about hope, faith, and love, all delivered with the same sledgehammer touch. Perhaps Gokey’s bluster would have felt at home in a blaring soul-pop setting -- something similar to Taylor Hicks’ debut -- but in a calmer setting, his always-forceful vocals are simply exhausting, emphasizing the banality of his tunes and, most of all, his insufferable hamminess as a performer. 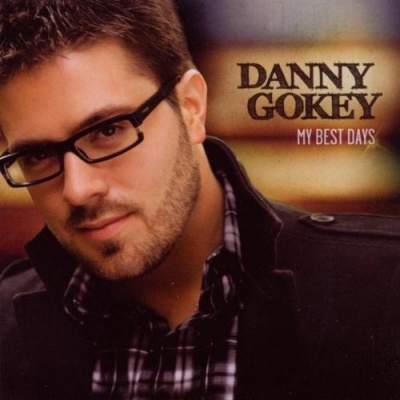