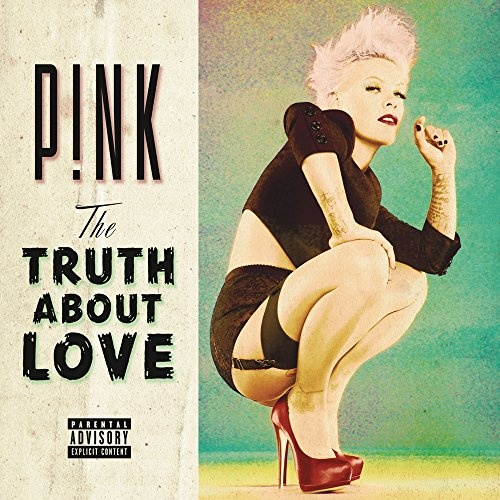 A lot has happened to P!nk since the release of her 2008 breakup album, Funhouse, most notably a reconciliation with her estranged husband, Carey Hart, and subsequent birth of their child in 2011. P!nk wrestles with these two life-changing events and many other thorny issues on her 2012 album, The Truth About Love, a vibrant mess of a record that finds the pop star embracing every one of her contradictions. Alone among the class of 2000 -- a group that roughly includes such other new millennium stars as Britney Spears, Christina Aguilera, Mandy Moore, and Jessica Simpson -- P!nk comes across as an actual adult, eager to dive into the muck of grown-up emotions, expanding and deepening her music without succumbing to stuffy pretension. She may be deeply invested in being a wife and mother but she's keenly aware of what's happening outside of her house, offering a clever spin on Ke$ha's freak empowerment on the opening "Are We All We Are," enlisting Fun.'s Nate Ruess as a duet partner on "Just Give Me a Reason," and fiendishly stealing some of the Black Keys' moves and retailoring them for the dancefloor on "How Come You're Not Here." P!nk deftly weaves these new threads into a tapestry that contains a few of her signature moves -- there is a handful of confessional power ballads and snotty, funny pure pop disguised as dance hits -- and some surprises, including cameos from Lily Allen ("True Love") and Eminem ("Here Comes the Weekend") and a title track that is as sunny and carnivalesque as a '60s surf-pop sensation. Sometimes the transitions are too sudden, causing some aural whiplash -- that clomping, heavy "Here Comes the Weekend" wouldn't fit neatly into any sequence -- but its ragged edges underscore the essential appeal of The Truth About Love: nothing about it is neat, it shifts courses and refutes itself, it's "nasty and salty," as P!nk herself sings about true love. It's weird and willfully, proudly human, a big pop album about real emotions and one of P!nk's wildest rides.