Amazônia: Live in the Jungle Review

A band that's rocked all over the world, iconic hard rockers Scorpions take their show to Brazil on the live concert DVD Amazônia: Live in the Jungle. Teaming up with Greenpeace, the video finds the German band putting on a benefit show as a part of the organization's campaign to prevent the destruction of the rain forests. Along with footage from two different live sets from their 2008 sojourn into the jungle, the DVD also contains a documentary from Greenpeace, making for a hard-rocking and possibly enlightening experience for die-hard Scorpions fans to dive into. 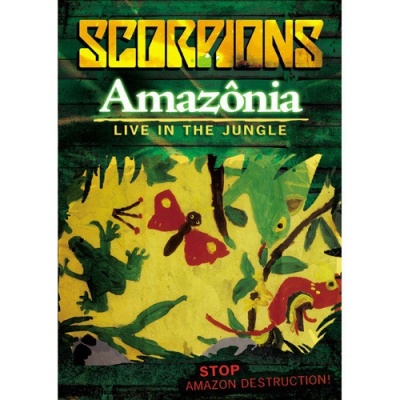