Dvorák: Greatest Hits is Sony's 2010 update on the slightly different compilations previously released on LP and CD by Columbia and CBS Masterworks, with a few changes of performers and program that arguably make this a superior offering to any that came before it. The series roster no longer includes the likes of Leonard Bernstein, Eugene Ormandy, and André Kostelanetz, who dominated the albums in the 1970s, nor are Zubin Mehta, Carlo Maria Giulini, and Richard Hickox retained from the 1990s Dvorák release, but such important artists as George Szell, Charles Münch, Andrew Davis, Andrew Litton, and Rudolf Kempe are included to show a much wider group of conductors available to the label. There are still the expected nods to the Symphony No. 9 in E minor, "From the New World," the Carnival Overture, and the most popular of the Slavonic Dances, but this album offers some material that was hitherto not represented, such as mezzo-soprano Leontyne Price's rendition of the "Song of the Moon" from the opera Rusalka, violinist Anne Akiko Meyers' performance of the Romance in F minor, and an excerpt from the Munich Philharmonic's recording of the Serenade for Strings. As with any compilation purporting to gather a composer's best work, this one is a suitable introduction to Dvorák's buoyant and melodic music, but beginners should certainly seek out recordings of complete works and only use this CD as a starting point. 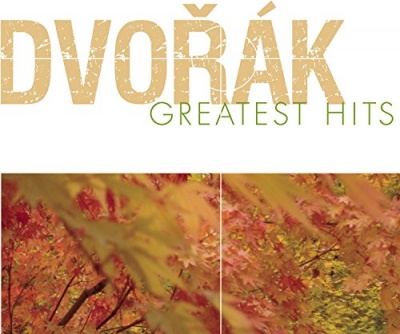