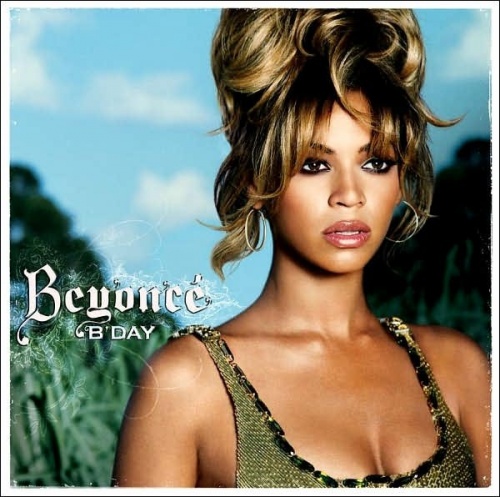 At least one tactic or event preceding the release of Beyoncé's second solo album inspired a bemused three-syllable exclamation from anyone who was paying attention. The lead single, the late-'70s-funk-inspired "Deja Vu," had the audacity to not be as monstrous as "Crazy in Love" -- its stay at the top of the charts was relatively brief, so clearly there was evidence of some drop-off there. This was quickly followed by "Ring the Alarm," an angered, atonal, and out-of-character song with an accompanying video that invited all kinds of perplexed analysis, along with debate on whether Beyoncé was being autobiographical or, as the singer claimed, channeling her Dreamgirls character. All of this gave the haters plenty of ammo when anything less than 100 percent polite, ladylike, and expected was bound to do the trick. Add to this an album title that can be pronounced just like "bidet," along with the advertisement that the album's ten songs were whipped up in two weeks, and you have yourself a career-killing train wreck. B'day isn't even close to that. While Beyoncé does sound like she's in a bit of a hurry throughout the album, and there are no songs with the smooth elegance of "Me, Myself and I" or "Be with You," it is lean in a beneficial way, propelled by just as many highlights as the overlong Dangerously in Love. Two collaborations with Rich Harrison swagger and preen: "Been locked up in the house way too long/It's time to get it, 'cause once again he's out doing wrong" (the blaring/marching "Freakum Dress"); "Don't give me no lip, let mama do it all" (the spectacularly layered "Suga Mama"). The Neptunes assist on "Green Light," an ambitious, fleet-footed number that continually switches tempos and sounds, as well as "Kitty Kat," a deceptively sweet, rainbow-colored track -- where what sounds like purrs are more like claws-out dismissals -- that could've been pulled from one of the first three Kelis albums. And even with an entirely bonkers line like "I can do for you what Martin did for the people," "Upgrade U" is the most potent track on the album, a low-slung Cameron Wallace production where Beyoncé wears and buys the pants while making her proposition sound more like empowerment than emasculation. If the circus surrounding this whole thing -- which could take up to ten pages to document -- was an elaborate ploy to transform Beyoncé into an underdog, there really is some kind of genius at play, but it's extremely unlikely that anyone in her camp could've predicted that the expectations and reactions would be less rational than any of Beyoncé's decisions and actions. There is nothing desperate or weak about this album.