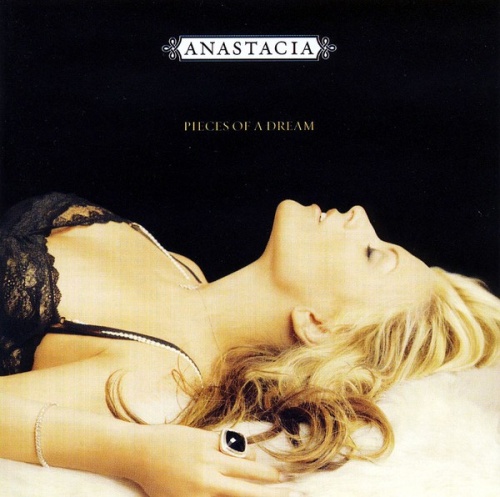 Anastacia, the sassy lady with one of the biggest voices in pop, had released three albums since 2000, and with the most recent self-titled CD being her most successful (and only number one to date), the time was right to sum up her career so far with a greatest-hits package called Pieces of a Dream, released for the 2005 Christmas market. The selection of tracks was hardly a difficult job, as the first 12 songs were the hit singles in strict chronological order, from the debut hit that announced her arrival on the pop scene, "I'm Outta Love," through to her most recent hit, "Heavy on My Heart." In fact, the symmetry of these first 12 tracks was complete, as there were four from each of the albums to date, Not That Kind, Freak of Nature, and Anastacia. Having never relied on chart positions of the singles to sell albums -- in fact, none of the releases from album number two reached the Top Ten -- it made sense to stick to such a rigid formula, for no matter how many singles were actually sold, the airplay of each was almost guaranteed, and as either an introduction to Anastacia for people who had not bought an album to date, or as a summing up of the most famous tracks, it was an ideal formula. That's not to say she didn't sell singles, because "I'm Outta Love," "Left Outside Alone," and "Sick and Tired" all hit the Top Ten, and "Not That Kind" and "One Day in Your Life" were not far outside. So that accounted for 47 minutes of music, and then four new tracks were added for another 16 minutes -- and if that weren't enough, a 12-minute "Club Megamix" completed the album, over 75 minutes in total stretching the limits of a single CD. The four new tracks included two duets: "Everything Burns," a ballad with Ben Moody from Evanescence, and "I Belong to You," another ballad with Eros Ramazzotti. The title track, "Pieces of a Dream," was more midtempo but suffered from a lack of a discernible melody, and the final track, "In Your Eyes," lacked the trademark Anastacia power. The megamix featured excerpts from "Left Outside Alone," "Paid My Dues," "Not That Kind," "One Day in Your Life," and "I'm Outta Love," all with a dance beat prominent. The album did not perform as well as anticipated, giving rise to the comments that it was too early in her career for a hits collection and choosing the best tracks from previous albums was not such a good idea after all. After her health scare, however, this hardly seemed to matter -- Anastacia was still with us and looking absolutely gorgeous on the cover, like a supine Celine Dion in black lingerie.