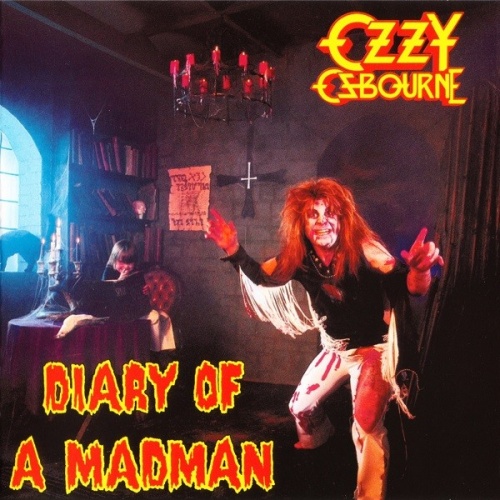 The follow-up to the masterful Blizzard of Ozz, Diary of a Madman was rushed into existence by a band desperate to finish its next album before an upcoming tour. As a result, it doesn't feel quite as fully realized -- a couple of the ballads are overly long and slow the momentum, and Randy Rhoads' guide solo on "Little Dolls" was never replaced with a version intended for the public. Yet despite the fact that some songs could have used a longer gestation period, there are numerous moments of brilliance on Diary of a Madman -- at least half of it stands up to anything on Blizzard, and the title track is a jaw-droppingly intricate epic that represents the most classically influenced work of Rhoads' all-too-brief career. But even if parts of the album don't quite live up to the band's previous (and incredibly high) standards, they're by no means bad; moreover, the production is fuller, and the instruments better recorded this time around. It's not uncommon to find fans who prefer Diary to Blizzard, since it sets an even more mystical, eerie mood, and since Rhoads' playing is progressing to an even higher level. One can only wonder what the Osbourne/Rhoads collaboration might have produced in the future, had Rhoads not been killed in a bizarre and sadly avoidable plane crash.