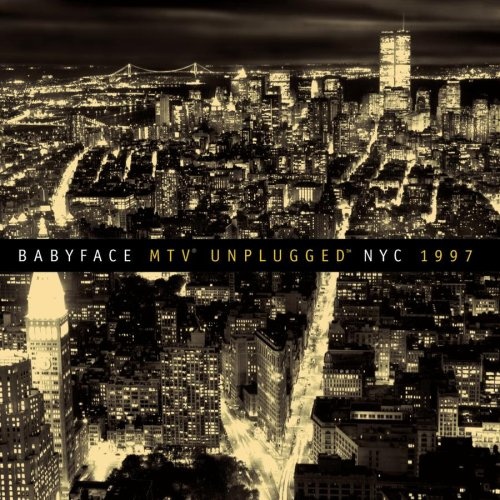 Even though he's had several hits, Babyface is better-known as a producer and a songwriter than a performer, which may be the reason why he invited a number of musicians -- including Stevie Wonder, Eric Clapton, and Jodeci's K-Ci and JoJo -- to perform at the concert that resulted in MTV Unplugged NYC 1997. Babyface performs his solo hits and a selection of hits he has written for other artists, such as "Change the World" and "The End of the Road," delivering them all with a smooth authority that borders on slickness. And that slickness may alienate some listeners, preventing them from realizing how sturdy most of these songs are, or the suppleness of Babyface's voice. That fondness for MOR production and delivery has always been one of Babyface's primary weaknesses, surfacing even on a stripped-down live album such as this. Some fans will find this weakness excusable, but it's a little frustrating to hear that the live versions don't differ drastically from the studio cuts. It's interesting to hear him sing "The End of the Road," and since this contains many of his greatest hits, it may be of interest to some casual fans, but on the whole, MTV Unplugged is a disappointingly modest effort.