Music from West Side Story Review

For reasons that aren't clear, this is one of the more often overlooked albums in Dave Brubeck's Columbia Records catalog of the early '60s. It's certainly less well known than Stan Kenton's very different 1961 album of music from West Side Story, and also less unified, as it also reaches out to the score for Wonderful Town and back to 1930s Broadway. And none of that means that it isn't a lot of fun and well worth hearing, with "Maria" done as a swinging, uptempo ballad, while "Tonight" becomes a jumping-off point for all concerned into a jazz excursion across several decades' worth of tunes. By contrast, "What Is This Thing Called Love?" is done in a slow, pensively lyrical, lilting fashion. Paul Desmond's playing shines every bit as much as Brubeck's, and the whole record -- including the Cole Porter and Rodgers & Hart material -- swings in some unexpected directions that still delight four-plus decades later. 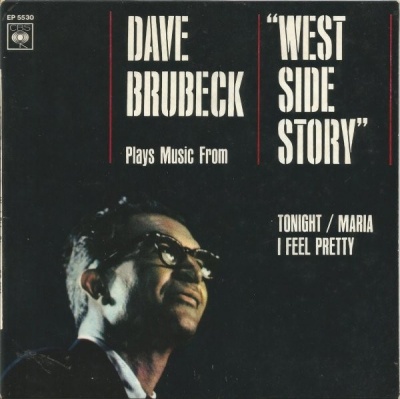