Banjo player supreme Béla Fleck and bassist Edgar Meyer make for a fascinating and daring duo, and they appear to be at their best live, as this esoteric disc shows. While there are plenty of original compositions from both pens, they also tackle several pieces by Bach, a wonderful Henry Eccles sonata, and some Miles Davis -- gadding about all over the shop. It works primarily because they put no restrictions on the possibilities of the instruments, but sheer skill certainly helps, from the wicked alacrity of "Bug Tussle" to the near competition of "Woolly Mamouth." There's even a delicious sense of humor, as "Wrong Number" is interrupted by what seems to be an errant cell phone -- but which turns out to be a sample that returns and returns to act like a punctuation in the piece. Meyer takes to the piano for part of "Palmyra," proving surprisingly adept, while Fleck shows his chops to full effect on "The One I Left Behind." For this album he depends more on virtuosity than any electric trickery, and he's good enough to pull it off with no problem, as on "The Lake Effect." Meyer is more than a foil, though; he looms large throughout, whether plucking or bowing the bass. However you want to categorize this disc, it's music of the highest order. 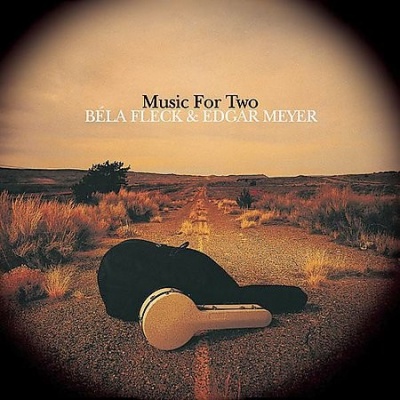