For the debut album of Cypress Hill DJ and House of Pain producer DJ Muggs, an excellent cast of MCs were assembled, including most of the best in hip-hop. It's hard to expect anything but uniform excellence from an album which includes Dr. Dre, Wu-Tang Clan's RZA and GZA/Genius, KRS-One, Mobb Deep, the Fugees' Wyclef Jean, Cypress Hill and MC Eiht, and though the diversity might appear a bit daunting, Muggs' mostly uniform production style ties the album together well. Most collaboration albums end up being spoiled by the number of cooks, but Muggs Presents the Soul Assassins, Chapter I is that rare exception. Among the many highlights are "Puppet Master" by Dr. Dre & B Real, "Third World" by RZA/GZA and "Move Ahead" by KRS-One. 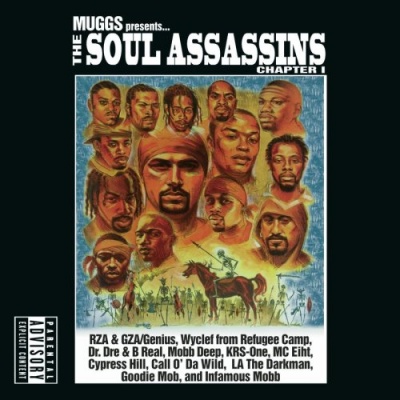