Accompanied by Johnny Winter and his band, Muddy Waters turns in an enthusiastic performance on Muddy "Mississippi" Waters Live. The set list contains most of his biggest hits, and the sound quality and performances are mostly energetic. Still, there's something faintly repetitive about this record. For one thing, there's only one song here, "Deep Down in Florida," that comes from any of Waters' recent albums. All of the others are old standards, which makes this album rather superfluous, since there are equally forceful performances of these cuts elsewhere. It doesn't help any that "Deep Down in Florida" isn't an especially noteworthy song, sounding more like a rewrite of Waters' older, better cuts. Without much in the way of new material, or anything especially notable about the performances, it sometimes comes off as little more than a set of Muddy Waters' greatest hits, with applause as the sole new ingredient. The addition of Johnny Winter is surprisingly unexceptional as well, since Winter fades into the background as much as any other bandmember. None of it is unlistenable, but it's hardly indispensable. Muddy "Mississippi" Waters Live is a nice addition to the Muddy Waters catalog, but it's not nearly as essential as his earlier work. 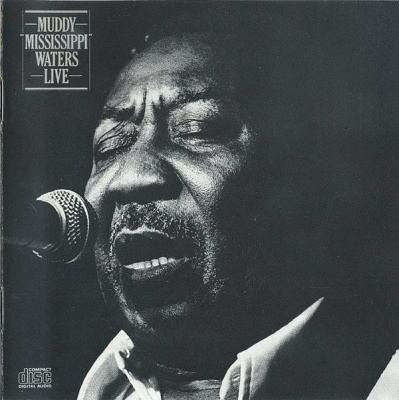