Lauryn Hill's debut album, The Miseducation of Lauryn Hill, became a critical and commercial blockbuster, which the artist herself, always distrustful of the music business, seems to have found a disorienting experience. She has therefore waited nearly four years to make another album, and the album she has made deliberately flies in the face of the previous one and its reception. Resurrecting the MTV Unplugged program, she has gone before an audience with an acoustic guitar in her hands to sing a new group of songs. But that unadorned approach is only the beginning. Everything about the performance is unpolished. One suspects that she would resist even calling it a performance; "I used to be a performer," she notes at the outset. What she is after, in her life and her music, she explains, is "reality," which means everything from being willing to sing the entire set with a raspy voice because that's the state her voice is in on that day to stopping and starting, going up on the lyrics, and even breaking down in tears. The style naturally places an emphasis on the words to the songs, which reinforce Hill's unvarnished approach, attacking the music business and anyone who wants her to be what's she's not, and witheringly criticizing institutions such as the judicial system ("Mystery of Iniquity"). The songs themselves would not require two discs to contain, but they are alternated by lengthy remarks, one spoken interlude running more than 12 minutes, in which Hill elaborates on the importance of being honest and confronting falsehood. She's usually full of herself, and she's often full of it. But that's okay. The point is the unfinished, unflinching presentation of ideas and of a person. It may not be a proper follow-up to her first album, but it is fascinating. 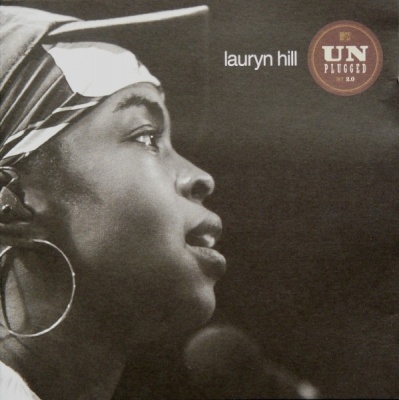