This show, taped for MTV, finds Dylan turning in an 11-song set, with eight of the songs dating from his 1963-1967 heyday, including such standards as "The Times They Are A-Changin'" and "Like a Rolling Stone." ("John Brown," a powerful antiwar song from 1963, had not been released on a Dylan album previously.) The '70s are represented by "Knockin' on Heaven's Door," and the '80s by "Shooting Star" and "Dignity" (a trunk song, the studio version of which had emerged only the previous November on Bob Dylan's Greatest Hits, Vol. 3). Dylan, accompanied by a competent five-piece band, approaches his material in a gentler fashion than on some of the originals -- "The Times They Are A-Changin'" and "With God on Our Side," for example, seem sadder and less defiant than they did back in 1964. Otherwise, unlike some other Unplugged performances, this one doesn't offer a noticeably different view of the artist's work. But then, Dylan has been unplugged for much of his career, anyway. 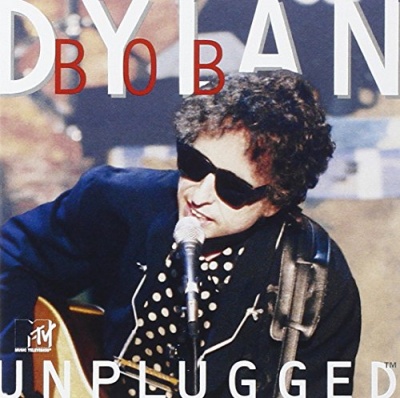