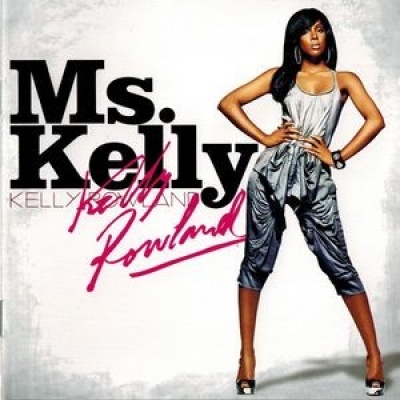 Kelly Rowland's second solo album was, at one point, due to be released in 2006, titled My Story. Before it was released, Rowland had a change of heart, deciding that the material was too ballad and midtempo-oriented, and she told interviewers that it "would have made people cry." So, she switched it up a little, sought out some different producers, and adjusted the album's makeup. Even without this knowledge, Ms. Kelly sounds like an album where Rowland is mostly sorting through some deeply personal relationship issues with a couple relatively lighthearted songs thrown in for variety. Unless close attention is paid to the drastic and fleeting shifts in subject matter, the conscious decision to release an album not completely sad/bitter/angry/regretful/at peace and autobiographical isn't completely apparent. The lyrics within the most personal songs are direct and specific, going beyond basic breakup material, so those who aren't going through something similar might have some difficulty connecting with them. All-around, the album does provide a stronger set of songs than 2002's Simply Deep. The material tends to be kind of insidious, rather than hitting you immediately or going through one ear and out the other, and it's significantly more R&B-oriented, as opposed to Simply Deep's adult alternative rock leanings.