Released at the perfect time -- just as Three 6 Mafia was enjoying their first genuine crossover hit, "Stay Fly" -- Most Known Hits compiles most of the group's best songs from over the years, stretching back all the way to the standout Chapter 2: World Domination album. Most Known Hits thankfully incorporates some of the one-off albums affiliated with Three 6 Mafia over the years, including the Choices soundtrack and the Hypnotize Camp Posse and Tear da Club Up Thugs albums. All that's really missing are the group's better-known underground recordings, of which there are many. For instance, there's nothing here from the group's breakthrough Mystic Stylez album -- only songs from the major-label releases that began with Chapter 2. Since most of Three 6 Mafia's albums were filled to the brim with music and by nature uneven, it's nice to have a best-of like this. Newly intrigued listeners who were turned on to Three 6 Mafia in the wake of "Stay Fly" should find this release very beneficial. It's a cost-effective way to sample the deep Three 6 Mafia back catalog. 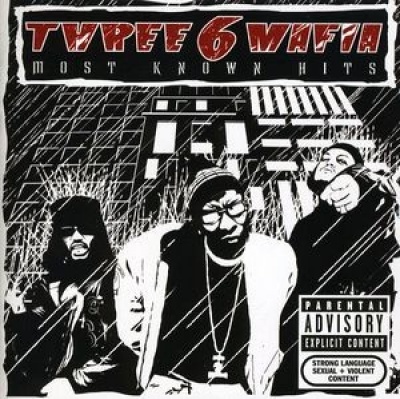