More Than a Woman Review

If there's any problem with More Than a Woman, Toni Braxton's fourth album, it's that it's so consistent, so much a continuation of its predecessor, The Heat, that it may be hard to pinpoint distinctive characteristics. Unlike that album, it lacks a single as undeniable as "He Wasn't Man Enough," yet much of this album is in a similar sexy spirit. It also doesn't have any ballads as seductive as "Un-break My Heart." In fact, few of the songs stand out, yet that doesn't mean they're bland or generic. They're simply cut from the same cloth and fit well together, particularly since they're given a nice, stylish production that's rarely flashy. The same could be said for Braxton's performance, since it's assured and sensual but never strutting. And that may be the problem with the record for some -- it's confident but not brassy, never overwrought. Unlike many diva dance-pop albums of 2002, it never tries too hard, so it was easy to overlook it, but it was easily one of the most satisfying listens of its kind released that year, and another fine record by Toni Braxton. 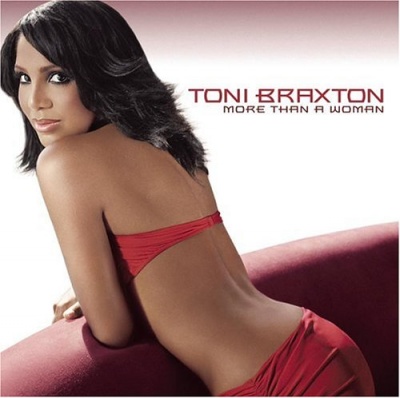 More Than a Woman Album Information