This second compilation covers Leonard Cohen's career from 1984 to 1995 (skipping over both Death of a Ladies' Man, which is understandable, and Recent Songs, which is more questionable). Cohen did not have any hits during this period, though a few songs, notably "Everybody Knows" and "Tower of Song," became well enough known to be essential choices. Otherwise, Cohen's craftsmanship makes a choice from among his work difficult. This set chooses four of the eight songs from the celebrated I'm Your Man album (and more might have been included) and four from its less successful follow-up, The Future. One track, "Dance Me to the End of Love," comes from Various Positions, with another of that album's songs, "Hallelujah," included in a live version. There is also a live version of the Cohen standard "Suzanne," and there are two previously unreleased songs, the typically funny and erotic "Never Any Good" and the minute-long disembodied recitation "The Great Event." It's easy to note important omissions -- "Came So Far for Beauty," "If It Be Your Will," and "First We Take Manhattan" are perhaps the most missed -- but what's here chronicles both the continuance of Cohen's talent as a songwriter and the improvement in his deepened voice and record-making abilities in this portion of his career. 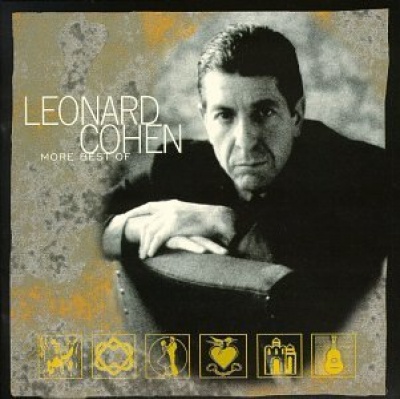