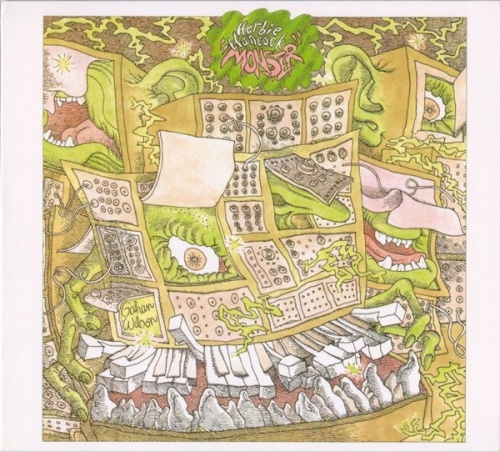 Despite the PR hype about this being Herbie Hancock's first "rock" album, Monster is really another disco album, though more varied in texture, somewhat more subtle in execution, and blessedly rid of those vocoder vocals, though not of the real ones. "Saturday Night," despite the distinctive presence of Carlos Santana, sets the album's dancefloor tone. The rock element is supposedly supplied by Hancock on the newly developed Clavitar, where try as he might to articulate like a guitarist, the sound is still that of a mutated synthesizer. Alphonze Mouzon is on drums, and guitarist Wah Wah Watson has a field day on his eponymous specialty.