Vernon Reid constantly dazzles with his astonishing technique. From his days with Living Colour and his collaborations with Bill Frisell, to Mistaken Identity, his first solo album, he has demonstrated that he can play vast array of styles and licks, as well as considerable ambition. In addition to being a skilled guitarits, Reid is a musical theorist and he likes nothing better than consciously mixing genres, creating unique, unpredictable fusions. Unfortunatley, these hybirds work better in theory than they do in practice, as Mistaken Identity proves. Reid can play everything from hip-hop and reggae to jazz, funk and rock, but he has problems uniting these disparate strands into a cohesive whole. Too often, he relies on his instrumental skill to hide his lack of compositional skills -- not one of the songs on the album makes an impression as a song, only as an instrumental showcase. And, for anyone but guitar players, a ceaseless series of solos gets a little tiresome after a while. For those guitar fanatics, however, Mistaken Identity is well worth a listen. 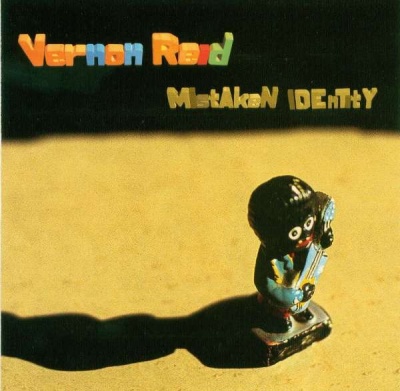