As stated in many interviews and press releases, Mistaken Identity, the second release by Australian beauty Delta Goodrem, was fueled and inspired by a central event that occurred in the young star: her tumultuous battle with lymphoma and the struggles of remission. Therefore, it is without surprise that the second release by Goodrem is a much darker, introverted look at the pain and emotional issues handled in her life. Mistaken Identity, contrary to Goodrem's first release, Innocent Eyes, is a ballad-packed album with dramatic beats, moodier lyrics, and deeper meanings beneath the singer's icy pure vocals. The result is chilling, turning the Mandy Moore-esque tones on Goodrem's first release into haunting Celine Dion power ballads. In many cases, this transition works well. Goodrem's voice is very well suited to the adult contemporary market, and the spot-on delivery bodes well for her, since her public battle with cancer validates many of the tough topics tackled on this second release. However, since this is only Goodrem's second album, her need to be more artistically expressive at such a young age might tend to be written off as immature and vapid, particularly since words like "emotional suicide" don't fit with gorgeously talented 20-year-old starlets with enough pop potential to make up for all the schlock in the market. The album is an odd misstep in the sense that Goodrem falls far from the market that made her a pop star, and though the tunes on a song-by-song basis are probably equal on each album, this dark spin on pop music doesn't truly reflect the market where Goodrem might find the most success. Still, when the talent is too good to be denied, like on "Extraordinary Day" or "Almost Here" (a duet with Irish pop singer Brian McFadden), Goodrem's sophomore outing isn't as much a slump as it is an entirely detached spin on the Australian's pop career -- a sidestep on the road to stardom that needed to be made to make sense of the pain that affected her life at such a young age. In that sense, this album is not a mistake at all; however, in terms of making Goodrem a multi-dimensional pop star, Mistaken Identity stalls her career, since it is not accessible enough to market on the bulk of mainstream radio, which could easily hold back a pop artist who needs to be as accessible as possible. However, it's quite reassuring to see a genuine talent possess such grace and maturity in the face of a health challenge that entered her life at such a young age. 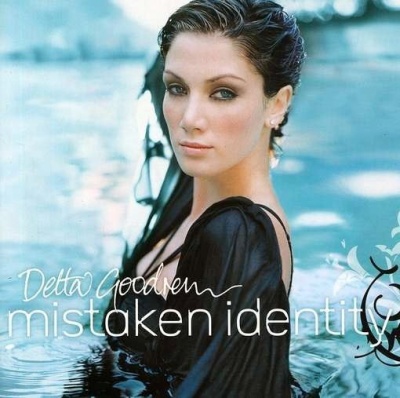